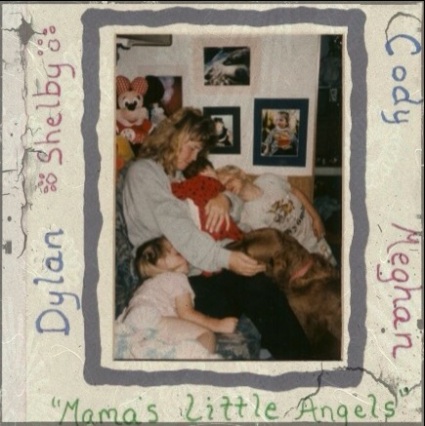 Today is my oldest son’s 24th birthday.  Some would be full of joy, but instead waking up and thinking about it, brought me to my knees.  He was my first-born and I have never forgotten the day I found out I was pregnant with him.  I was at my parent’s house, with my fiancée, addressing wedding invitations.  The phone rang and it was a nurse calling about my pregnancy test earlier in the day.  The only reason I agreed to the test was because during the marriage license blood test, I learned I had a low Rubella count and the doctors couldn’t give me the vaccine if there was a possibility I was pregnant.  I laughed at the thought of it, as I knew I took birth control, but nevertheless, the doctor insisted on the test.

To my shock, the test came back positive.  I just stood there in my parent’s basement, holding the phone, speechless.  I did not know what to say.  My fiancée was scared something was wrong and begged me to tell him what the nurse said.  I looked at him and told him I was pregnant.  To my further shock, he grabbed and hugged me and said, “you are having a boy and his name is Cody”.

My pregnancy and delivery were extremely hard, but were all worth it when I held my beautiful son in my arms.  He was the most beautiful baby I had ever seen; he had stolen my heart. I went on to have two more incredible children, but still, no one forgets the feeling of having a first child.  It is so scary.  Children aren’t born with instruction manuals, so I was constantly worried about being the perfect mother.  I have learned through the years, I was not.   I could have given my son all of the love in the world, but it would not ever erase that I had chosen an abuser as his father.

I didn’t know his father was abusive, that was something I slowly learned over the years.  It’s like putting a frog in a pot of hot boiling water, it will immediately hop out, but if you put that same frog in a pot of warm, comforting water and – s l o w l y – turn up the heat, the frog won’t know to jump out before it’s too late.  That is how my ex-husband introduced me to abuse.  He courted me and was charming, loving, and doting; he made me feel like I was the only person in his world. It wasn’t until he had a ring on my finger and our first child was born that he started to gently turn up the heat.  He always had reasons for the way he talked to and treated me.  I knew I could take anything he sent my way, as long as he didn’t hurt my children.  I never wanted a divorce because I may not have been there to protect my children from him if he got custody, so in my mind, I thought it was better that I endure his abuse until my kids were grown and then attempt to escape his madness.

What my husband’s abuse never prepared me for was the torture I would suffer after I had left.  I realized I couldn’t wait until my kids were grown because once he kept turning up the heat, I didn’t know if I would survive and then my kids would be left with no one to protect them.  So when my children were 17, 13, and 10, I fled; that was almost 7 years ago.   I got all of us into counseling and have worked 18 hours a day to be the best parent and person I can be.   My younger two children have flourished in our new environment, but my ex was successful in turning my oldest against me.

We were always so close, and he told me how proud he was of me that I had the strength to leave, but a year afterwards, he started talking to his dad again and I saw him being drug down into my ex’s way of thinking.  He told me that year that abuse is genetic and he had no other choice, but to follow in his dad’s footsteps.  I felt those words as if someone had slit open my chest and ripped my heart from inside of me.   When I had my children, I thought of the beautiful futures they would have; I didn’t picture them to grow up with anger and hatred.

Today when I woke up and knew it was his birthday, I pictured the boy, who when he was three, would pull me into the living room to dance to video music on VH1.  When he was in elementary school, he loved to have me play Lover Boy’s “Working for the Weekend” everyday on the way to school.   I never missed one of his concerts, soccer games, basketball games, or swim meets.  In the summer in California, we would go swimming every day and on the way home from Six Flags, we would turn on the Backstreet Boys and sing their songs, at the top of our lungs, all the way home.

Yet, one by one, we lost his grandmother, his cousin, and then my dad.  With each death, he started to build a wall that I didn’t know how to get through.  Unfortunately, that wall has grown so high; he may never reach around and grab my hand.  Even though, I see him once in awhile, we have not had an honest conversation in five years.  I miss my son with all of my heart and every year when he turns a year older, I wonder if I will ever know him again.  He lives less than a mile from me, but it might as well be a thousand.  No matter how much I loved that little boy, I cannot embrace a 24-year old man, who chooses hatred over love.  I can only live my life with honor, and then hope, one day, he will see that he too can choose that path.    Until then, I guess there will be days I wake up in tears, not just for what I have lost, but for the future, he too, deserved.